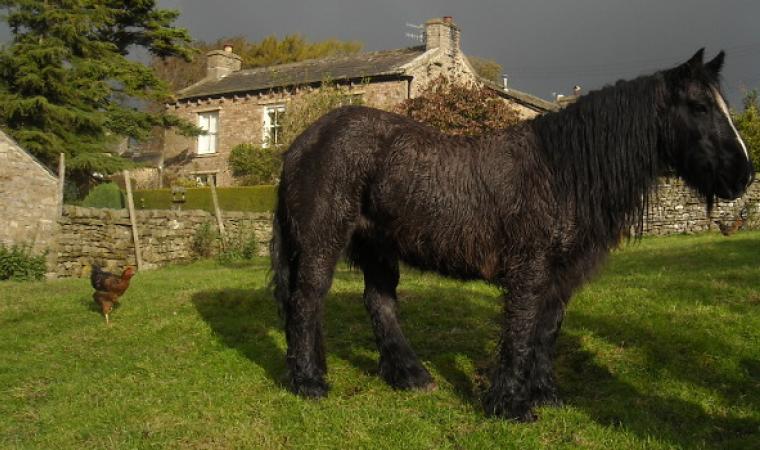 Equine Cushing’s Disease (also known as PPID) is one of the most common problems affecting the endocrine (hormonal) system of horses and ponies.

What causes the disease?

The hypothalamus and pituitary gland, which sit deep inside the skull at the base of the equine brain, are the command centre for the production of hormones. These chemical messengers are distributed around the horse's body via the bloodstream to all other tissues. In a normal horse, these exist in a fine balance, and play an important role in maintaining and controlling bodily functions.

In some older horses and ponies, neurones (nerves) in the hypothalamus undergo progressive degeneration, and produce insufficient quantities of a nerve transmitter substance (neurotransmitter) called dopamine. Dopamine is important in controlling the secretions of a part of the pituitary gland called the pars intermedia, which in turn is responsible for controlling the secretion of hormones including ACTH and cortisol.

When the pars intermedia is not exposed to enough dopamine from the hypothalamus, the ultimate outcome is the production of abnormally high levels of these hormones, resulting in the symptoms associated with the disease. For this reason, Equine Cushings Disease is nowadays more correctly termed Equine Pituitary Pars Intermedia Dysfunction or "PPID".

It’s important to note that the Cushing's Disease in people and in dogs are related but different diseases, with different symptoms and treatments.

Talk About Laminitis is a national disease awareness initiative provided by Boehringer Ingelheim Animal Health, to improve awareness and understanding of the underlying endocrine causes of laminitis.